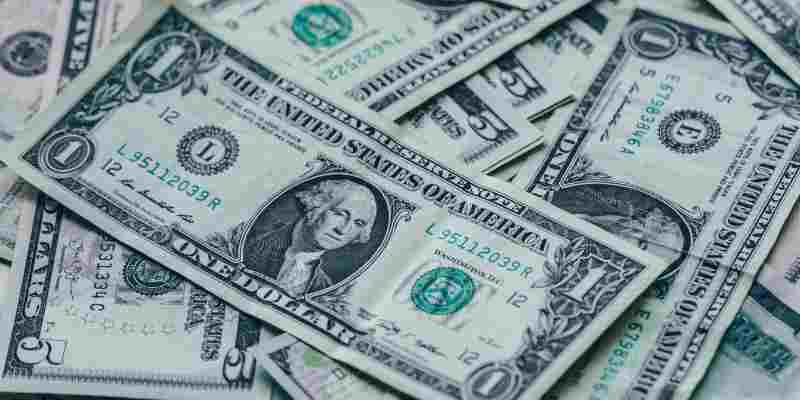 Money is one of the greatest inventions of man. It represents the generalized purchasing power. So it has become the object of man’s desire throughout the ages. The importance of money has been highly recognized by all the economists of the world. But it is very difficult to give a precise meaning of money. It has been defined differently by different economists. Some definitions are too expensive, while others are too narrow. For example, Walker’s definition is too wide.

Robertson’s definition of money is too narrow. According to Robertson, “Money is a commodity which is used to denote anything which is widely accepted in payment for goods or in the discharge of other business obligations”. According to this definition, metallic money alone deserves to be called money in the strict sense of the term because it alone is generally acceptable by the people. This definition unnecessarily narrows down the field of money.

According to G.D.H. Cole, “the essence of money is that it can be passed from hand to hand in one act of circulation to another”.

None of the above definitions is satisfactory as they are either too narrow or too wide. A suitable definition of money is one that explains the functions of money and its basic characteristics. From this point of view, Crowther’s definition appears to be the ideal definition. According to Crowther, money as “anything that is generally accepted as a means of exchange (i.e.., as a means of settling debts) and that at the same time acts as a measure of and as a store of value”. This definition points out that money performs three important functions as a medium of exchange, a standard of value, and a store of value. Besides, it has the quality of general acceptability.

Thus, Crowther’s definition may be considered better as it covers both important functions of money and the quality of general acceptability. Money was not a sudden discovery or invention. Like any other social institution, money has undergone a process of historical evolution spread over a long period of time. During this long historical period, a variety of things had been used as money. Commodities like hides and skins of animals, cattle, goats, and agricultural products like rice and wheat had been used as money in different stages of economic evaluation. In more recent times, metallic coins and paper notes have been used as money.

With regard to the actual contents of money, there are wide differences among economists. These differences can be analyzed in the following four heads :

(2) Monetarist Approach: This approach is associated with the name of Milton Friedman and other quantity theorists. Friedman defined money as “a temporary abode of purchasing power”. According to this view, money can act as a temporary abode of purchasing power, if it is kept in the form of cash, demand deposits, or any other assets which is close to currency. Thus money (M), according to this approach, includes currency (C), demand deposits (DD), and time deposits (TD). M C+ DD + TD.

(3) Liquidity Approach: Gurley and Radcliffe Committee has given a liquidity approach to the definition of money. In this approach, the scope of the constituents of money has been further widened. It includes currency (C), demand deposits (DD), time deposits (TD), savings bank deposits (SB), shares (S), bonds (B), etc. M= C + DD + TD + SB + S+ B etc.

(4) The Central Bank Approach: The Central Bank approach takes a step further in extending the scope of constituents of money by regarding money as the total amount of credit extended by a wide variety of sources. Thus according to this approach. money (M) includes currency (C), bank credit (DD), time deposit (TD), credit from non-bank financial institutions (NBFI), and credit from unorganized agencies (CUA).

Functions of Money Money perform a variety of functions in a modern economy. They can be broadly classified into three broad groups:

(1) Medium of exchange: The most important function of money is to serve as a medium of exchange. Money has the quality of general acceptability. All exchanges take place in terms of money. In ancient times commodities were exchanged against commodities. That system of exchange was known as the barter system, With the development of civilization, the barter system has proved inconvenient for the people. The main difficulty of the barter system was the lack of double coincidence of wants. The money came into existence in order to overcome the difficulties of the barter system. In the modern monetary exchange system, the prices of goods and services are expressed in terms of money. People exchange their commodities for money and with that money, they purchase the commodities of their own choice. Hence, the system of exchange now becomes commodities for money and money for commodities. In symbol, C = M = C. Thus, in the modern exchange system money acts as the intermediary in salės and purchases. It is on this account that money is referred to as.. the medium of exchange. Since money is generally acceptable, everyone accepts it in exchange for goods and services and it utilizes it for purchasing goods and services of his choice. The money thus promotes specialization among individuals, firms, and regions.

(2) The measure of value: The second important funcțion of money is that it serves as a measure of value. The value of all goods and services is measured in terms of money. This money is treated as a collective measure of values. Since all values are expressed in terms of money it becomes easier to compare the values of different commodities and also to determine the rate of exchange among various types of goods and services in a community. But under the barter system, it was very difficult to compare the values and to determine the rate of exchange among different goods and services. But this difficulty has not disappeared with the use of money.

(B) Secondary Functions of Money: The secondary functions of money include standard of deferred payments, store of value, and transfer of value.

(2) Store of value: It is a well-known fact that savings were discouraged under the barter system. The reason was that in the absence of money, savings could be done only in terms of commodities. But the very nature of the commodities is perishable. Some commodities lose their value very quickly while others take some time to become perishable. Thus, savings done in terms of commodities were not permanent. But, with the invention of money, this difficulty has now disappeared. Money provides a liquid store of value because it is easy to spend and also easy to store. By acting as a store of value, money provides security to individuals to meet unpredictable expenditures or emergencies. of value facilitates its possessor to purchase any other asset at any time.

(3) Transfer of value: Another important function performed by money is the transfer of value. Through money, value can be easily and quickly transferred from one place to another because money is accepted everywhere and to all. For example, it is much easier to transfer one lakh rupees through bank draft from person A in Ahmedabad to person B in Banaras than remitting the same value in commodity terms, say rice.

(C) Contingent Functions: Contingent functions of money include distribution of national income, maximization of satisfaction, the basis of the credit system, etc.

(3) Basis of credit system: Credit plays an important role in a modern economic system. Credit instruments are used on an extensive scale. The use of cheques, bills of exchange, etc. has gone up particularly in the developed countries. It should be remembered that money is the basis of credit. Without money, credit instruments cannot circulate. For example, a depositor can make use of cheques only when there are sufficient funds in his account. Similarly, the Central Bank of a country cannot issue notes unless there are adequate metallic reserves with it. Commercial banks to create credit on the basis of adequate cash reserves.