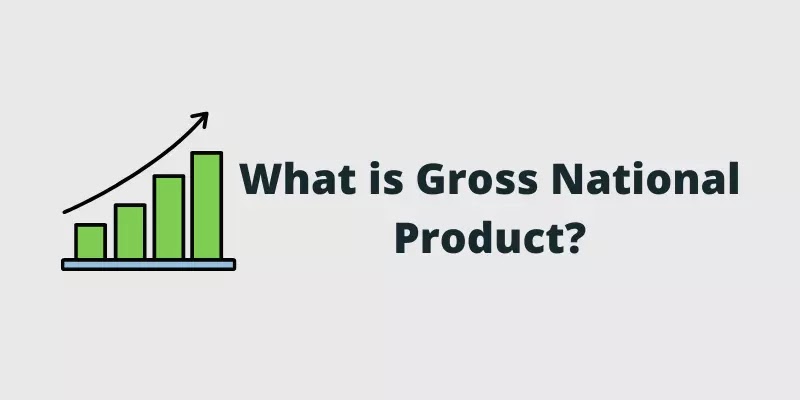 In this concept of GNP, there are certain factors that have to be taken into consideration. First GNP is the measure of money. in which all kinds of góods and services produced in a country during one year are measured in terms of money at current prices and then added together. But in this manner, due to an increase or decrease in prices, the GNP (Gross National Product) shows a rise or decline, which may not be real. To guard against erring on this account, a particular year (say for instance 1960) when prices b: normal, is taken as the base year, and the GNP is adjusted in accordance with the index number for that year. This will be known as GNP at 1960 prices or at constant prices.

Second, in estimating the GNP (Gross National Product) of the economy, the market price of only the final products should be taken into account. Many of the products pass through a number of stages before they are ultimately purchased by consumers. If those products were counted- at every stage, they would be included many a time in the national product and consequently, the GNP (Gross National Product) could increase too much. To avoid double-counting, therefore, only the final products and not the intermediary goods should be taken into account.

Third, goods and services rendered free of charge are not included in GNP. because it is not possible to have a correct estimate of their market price, For example, the bringing up of a child by the mother, imparting instructions to his son by a teacher. recitals to his friends by a musICian. sculpturing as a hobby by a sculptor etc.

Likewise, the payments received under social security e.g. unemployment insurance allowance, old-age pension, and interest on public loans are also not included in GNP (Gross National Product), because the recipients do not provide any service in lieu of them. But the depreciation of machines plants and other capital goods is not deducted from GNP.

Fifth, the profits earned or losses incurred on account of changes in capital assets as a result of fluctuations in market prices. are not included in the GNP (Gross National Product), if they are not responsible for the current production or economic activity, For example, if the price of a house or a piece of land increases due to inflation, the profit earned by selling it will not be a part of GNP (Gross National Product), but if during the current year, à portion of a house is constructed a new, the increase in the value of the house (after & subtracting the cost of the newly constructed portion) will be included in the GNIP. Similarly, variations in the value of assets that can be ascertained beforehand and are insured against flood or fine, are not included in the GNP.

Last, the income earned through illegal activities is not included in the GNP (Gross National Product). Although the goods sold in the black market are priced and fulfill the needs of the people, as they are not useful from the social point of view, the income received from their sale and purchase is always excluded from the GNP. But there are two main reasons for this. One, it is not known whether these things were produced during the current year or the preceding years. Two, many of these goods are forcing made and smuggled and hence not included in the GNP (Gross National Product).

After having studied the fundamental constituents of GNP it is essential to know how is it estimated. Three approaches are employed for this purpose. One, the income method to GNP; two, the expenditure method to GNP and three, a value-added method to GNP; since the gross income equals the gross expenditure, GNP estimated by all these methods would be the same with appropriate adjustments.

(1) Income Approaches to GNP: The income approach to GNP (Gross National Product) consists of the remuneration paid in terms of money to the factors of production annually in a country. Thus GNP is the sum total of the following items:

(A) Wages and Salaries: Under this head fall all forms of wages and salaries earned through productive activities by workers and entrepreneurs. It includes all sums received or deposited during a year by way of all types of contributions like overtime, commission, provident fund insurance, etc.

(B) Rents: Total rent includes the rents of land. shop. house. factory CTC and the estimated rents of all such assets as accused by the owners themselves.

(C) Interest: Under interest comes the income by way of interest received by the individual of a country from different- sources. To this is added the estimated interest on that private capital which is invested and not borrowed by the businessmen in his personal business. But the interest received on governmental loans has to be excluded because it is a mere transfer of national income.

(D) Dividends: Dividends earned by the shareholders from companies are included in the GNP.

(E) Undistributed corporate Profits: Profits that are not distributed by companies and are retained by them are included in the GNP.

(F) Mixed incomes: These include profits of unincorporated business self-employed persons and partnerships. They form part of GNP.

(G) Direct taxes: Taxes levied on individuals, corporations, and other businesses are included in the GNP.

(H) Indirect taxes: The government levies a number of indirect taxes like excise duties and sales tax. These taxes are included in the prices of commodities. But revenue from these goes to the government treasury and not to the factors of production. Therefore, the income due to such taxes is added to the national income.

(I) Depreciation: Every corporation makes allowance for expenditure on wearing out and depreciation of machines, plants, and other capital equipment since this sum also is not a part of the income received by the factors of production, it is therefore also included in GNP.

(2) Expenditure Approach to GNP: From the expenditure viewpoint. GNP is the sum total of expenditure incurred on goods and services during one year in a country. It includes the following items:

(A) Private Consumption Expenditure: It includes all types of expenditure on personal. consumption by the individuals of a country. It comprises expenses on durable goods like watches. bicycle, radio, etc. expenditure on single used consumers' goods like milk. bread, clothes, etc, as also the expenditure incurred on services of all kinds like fees for school, doctór, lawyer and transport. All these are taken as final goods.

(B) Gross Domestic Private Investment: Under this comes the expenditure incurred by the private enterprise on new investment and on replacement of old capital. It includes expenditure on the house construction, factory buildings all types of machinery, plants, and capital equipment. In particular, the increase or decrease in the inventory is added to or subtracted from. The inventory includes produced but unsold manufactured goods during the year and the stock of raw material, which have to be accounted for in GNP. It does not take into account the financial exchange of shares and stocks, because their sale and purchase is not real investment. But depreciation is added.

(C) Net Foreign Investment: It means the difference between exports and imports or export surplus. Every country exports to or imports from certain foreign countries. The imported goods are not produced within the country and hence cannot be included in national income, but the exported goods are manufactured within the country. Therefore. the difference of value between exports (X) and imports (M). whether positive or negative is included in the GNP (Gross National Product).

(E) Government Expenditure on Goods and Services: The expenditure incurred by the government on goods and services is a part of GNP (Gross National Product). Central. State or Local governments spend a lot on their employees, police, and army. To run the offices the government have also to spend on contingencies which include paper., pen, pencil, and. various types of stationery, cloth, furniture. cars etc. It also includes the expenditure on government enterprises. But expenditure on transfer payments is not added. because these payments are not in exchange for goods and services produced during the current year.

Thus GNP according to Expenditure Method = Private consumption Expenditure (C) + Gross Domestic Private Investment + Net Foreign Investment (X-M) + Government Expenditure on Goods and Services (G) = C +1 + (X-M) + G. As already pointed out above, GNP estimated by either the income or the expenditure method would work out to be the same if all the items are correctly calculated.