Bada Osha is one of the most important festivals in Odisha. Bada refers to big and Osha means Brata. It is essentially a major occasion of fasting. 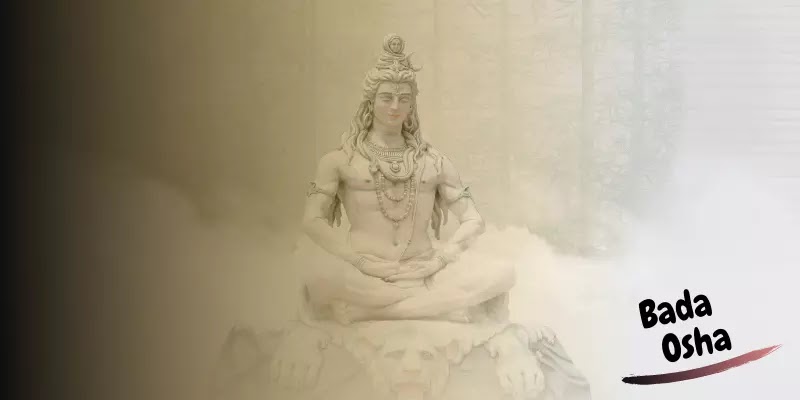 Bada Osha is one of the most important festivals in Odisha. Bada refers to big and Osha means Brata. It is essentially a major occasion of fasting. People worship Lord Shiva for his blessings on this day. Bada Osha falls usually on the third day of Panchuka (the last five days of Odia month Kartik).

According to the Odia Calendar, the festival is observed on the Kartika Shukla Chaturdasi (the fourteenth day of the bright fortnight of Kartik month).

Bada Osha is the major festival at Dhabaleswara Pitha on the island of Mahanadi near Mancheswar village, Athagarh of Cuttack district. Thousands of disciples come to visit Lord Dhabaleswara every year. The long day fast ends up with prayers and offerings to Lord Shiva. The Prasad offered on this day is Gaaja Pitha. This Pitha is white in color.

Why do we celebrate Bada Osha?

The legend story behind Lord Dhabaleswar: The name Dhabaleswara (Dhabala or White + Eswara or God) is credited to a miracle performed by Lord Shiva.

The story goes on that once a thief stole a black bull calf from a village and run away to a Lord Shiva Temple. The thief hid with the calf in the Sanctum Sanctorum while the angry crowd waited outside the temple. The villagers heard the crowd calling out from the temple.

The thief prayed sincerely to Lord Shiva to save him from the crowd. Taking sympathy for him, Lord Shiva appeared as a saint (Sanyaas) before the crowd and asked them about the trouble. The villagers told him that they suspect that the thief is hiding inside the Sanctum along with the black calf.

The saint then bought the calf outside to ease their doubts. The calf came out to be white, seeing which the crowd let the thief go. The saint vanished and the thief understood who had come to help him. After that, he revealed the truth and ask forgiveness from the crowd.

He took a promise to spend the rest of his life in the service of God. The act of converting a Black calf to White was caused by Lord Shiva. From that day, Bada Osha is celebrated and is most famous in the Dhabaleswara temple.

How Bada Osha is celebrated?

In this major Bada Osha festival, both men and women keep a long day fast without taking a drop of water or any food items. After worshipping God Shiva, the Prasad Gaaja Pitha is taken by the people who observe fast. Gaja Bhog and Tarana are the most favorite Prasad of the Lord which is prepared by the priest and is distributed among the devotees. By taking the prasad the disciples break their fast. 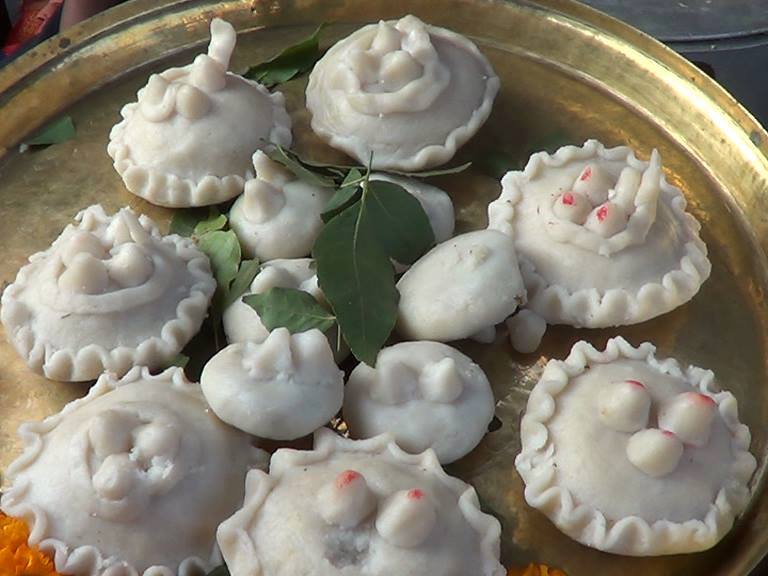 Bada Osha is the "festival of fasting". As it is a joint fast, both men and women observe fast. People observe fast to get blessings. They pray to God to fulfill their desires and dreams. The main purpose of observing fast is to take care, well-being, and happiness of all members of the family and their safety.