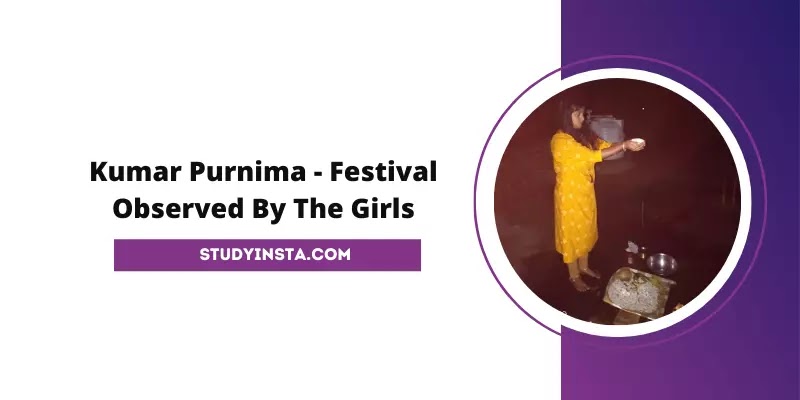 Odisha celebrates 13 festivals in 12 months. Kumar Purnima is one of the 13 festivals that is celebrated all over Odisha with great grandeur and manifest. It is also known as Sharad Purnima. It is a harvest festival celebrated on the full moon day of Ashvin month( September to October).

This autumn festival is one of the most popular and important festivals of Odisha, especially for girls. Kumar Purnima marks the end of Ashwini in the Hindu calendar and the beginning of the month of Kartik.

Kumar or Kartikeya, the handsome and charming son of Lord Shiva and Goddess Parvati was born on this day. He was also known as the God of War. Young girls perform traditional rituals praying for a perfect life partner like Kartikeya. On this day, unmarried women keep fast with the popular belief of getting their suitable groom.

The rituals begin in the early morning when girls wake up much before the sunrise, bathe and get dressed up in new clothes, and offer Anjuli to the rising sun near Brundabati or Tulasi plant seven times. A Coconut leaf made vessel called "Kula" is filled with Lia or Khaii, coconut, banana, striped gourd, cucumber, betel nut, sugarcane, Druva, and flowers which are offered as Anjuli. They offer puja to pay great respect to the Almighty.

In the evening the girls break their fast by preparing a dish from banana, fried paddy, or Lia of the morning, fruits, curd, honey, Coconut, ghee, jaggery, Cucumber, etc. to offer the Moon-god before the Tulsi plant. This ritual is called Chanda Chakata. The Chakata is laid out on a "kula" in the shape of a half-moon and offered to the moon. After a long day of fasting, Chanda Chakata is offered near Brundabati, decorated with colorful flowers and Diya and Dhupa, bringing an end to the rituals among the sound of Huluhuli and Sankha.

The full moon is the center of attraction of this festival. The moon is also synonymous with a handsome husband that the girls are seeking for themselves. And girls should make sure that they should see the Uila Janha (the fresh moon that has just risen on the horizon) while taking the Prasad as it is believed that any delay would mean that they would end up with an old and senile bridegroom instead of a young and handsome one.

The beautiful song and game

With the old folklore "Kuanra Punei Janha Lo Phula Baula Beni" girls offer the Prasad to the Moon and after that, some part of Prasad is thrown in a pond or water. Hereafter the girls consume the rest. Puchi Khela game is the signature game of Kumar Purnima.

Games such as Puchi, Bohu-Bohuka, Bisa Amruta, etc. are played in the moonlight. It is played in a squatting position while moving the balance of the body from one leg to another rapidly.

Kumar Utsav is celebrated across the state to celebrate Kumar Purnima. Dance and music performances are organized across Odisha. Festivals are an expressive way to celebrate glorious culture and traditions. They are meant to rejoice in special moments and emotions in our lives with our beloved ones.

They give us a distraction from our day-to-day life, the exhausting routine, and give us some inspiration to remember the important things and moments in life. They all serve the purpose of bringing happiness to our lives and build up our sense of togetherness.