IPL Winners List From 2008 to 2019: The Indian Cricket League was founded in 2007, with the sponsored provision by Zee Entertainment Enterprises. 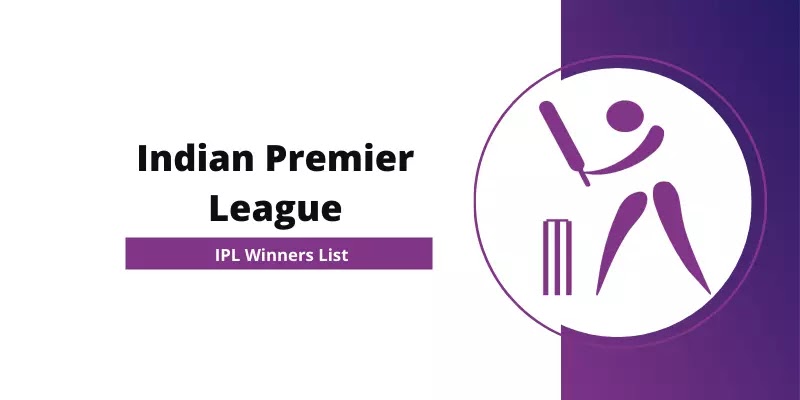 The Indian Premier League IPL is a professional Twenty20 Cricket Legeau, in which eight teams take part based out of eight different Indian states. The League was first established by the Board of Control for Cricket in India (BCCI) in 2007. It is usually held between the month's March and May of every year and has an exclusive window in the ICC Future Tours Programme.

The IPL is the most frequent Cricket League in the world and in 2014 was ranked sixth by average attendance among all sports Leageaus. The IPL became the first sporting event in the world to be broadcast live on YouTube in 2010.

There have been thirteen seasons of the IPL tournament. The Indian Cricket Legeau was founded in 2007, with the sponsored provision by Zee Entertainment Enterprises. On 13th September 2007, on the back of the victory of India at the T20 World Cup 2007, BCCI announced a franchise-based Twenty20 Cricket competition called Indian Premier League.

The first season was started on 18th April 2008 in a high-profile ceremony in New Delhi.  BCCI, vice president Lalit Modi, who headed the IPL efforts spelled out the details of the tournament including its format, the prize money, franchise revenue system, and squad composition rules.

The champion of 2008 IPL was Rajasthan Royals. Rajasthan Royals defeated Chennai Super Kings in the final to win the title, with Yusuf Pathan named the player of the match. The current IPL title holders are Mumbai Indians against Delhi Capitals who won the 2020 season.