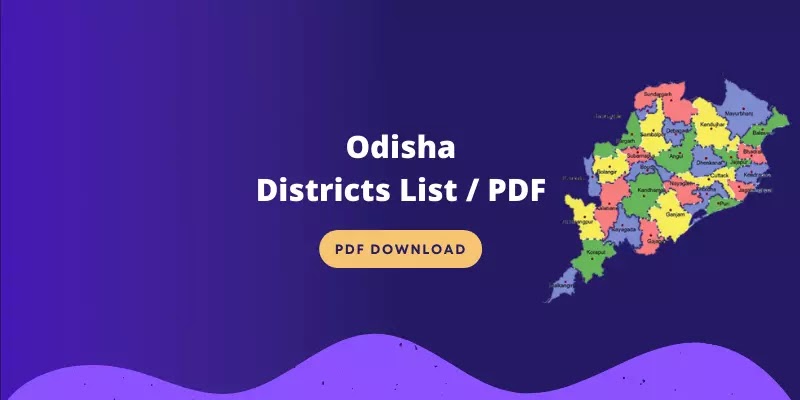 Odisha Districts List 2021: In this article, we have provided the list of districts names of Odisha. You can know here the names of the districts of Odisha and their code, official formation date, Head Quarters Name, and population, and here you can download the Odisha districts list PDF using the direct download link given at the bottom of this article.

Odisha is the state of India. It is the 9th largest state of India, is known for its tribal cultures, and its many ancient Hindu Temples. Odisha is located on the East coast of India, facing the Bay of Bengal., and Tamilnadu has surrounded West Bengal, Jharkhand, Chhattisgarh, and Andhra Pradesh.

The foundation day of Odisha is also known as "Utkal Divas". It is celebrated every year on 1st April. The capital city, Bhubaneswar is the largest city of Odisha and Bhubaneshwar was the first smart city in India.

Odia is the main language of Odisha. The East Indian state of Odisha consists of 30 districts and 314 blocks it is among one of the most populated states of India. According to the 2011 census report, 41,974,218 people are living in this state in an area of 155,707km square.