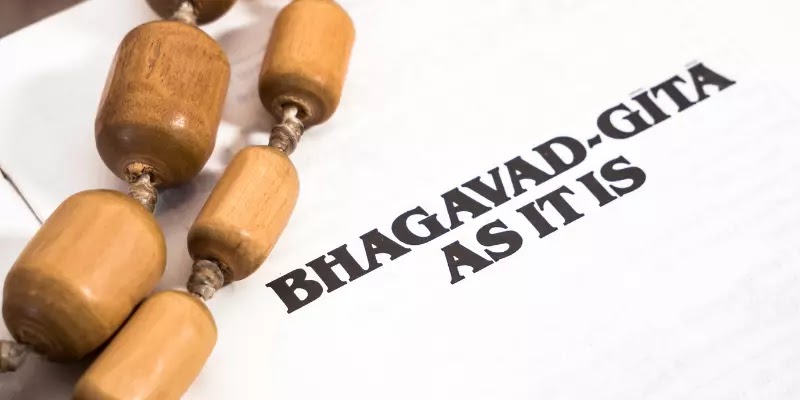 It is an ancient Indian book that became a chief work of Hindu tradition in terms of both literature and philosophy. The Bhagavad Gita was written during the period between 400BCE and 200CE. Like the Vedas and the Upanishads, the historicity of the Bhagavad Gita is unclear.

The Bhagavad Gita is the eternal message of religious wisdom from ancient India. The word Gita means "song" and Bhagavad means "God". Simultaneously, it is called the Song of God.

The Bhagavad Gita presents a combination of Hindu ideas about dharma, theistic bhakti, and the yogic ideas Moksha. The text covers Gyaana, bhakti, karma, and Raja Yoga ( spoken of in the 6th chapter) including ideas from the Samkhyayoga philosophy.

The Gita is set in a narrative structure of a dialogue between Pandava Prince Arjuna and his guide and charioteer Krishna. At the beginning of the Dharma Yudhha between Pandavas and Kauravas, Arjuna is filled with moral difficulty and despair about the violence and death the war will cause in the battle against his own relatives.

The Krishna Arjuna dialogue covers a broad range of religious topics, touching upon the social problems and philosophical issues that go far beyond the war Arjuna faces.

Click on the download button to download 'Bhagavad Gita Book PDF In Odia'. To view this PDF file you must have a PDF reader application on your phone.