What Is Sentence? Definition & Types

When you speak or write anything we use a word or a number of words. The word or the words together make a sentence. It is gives a complete meaning. 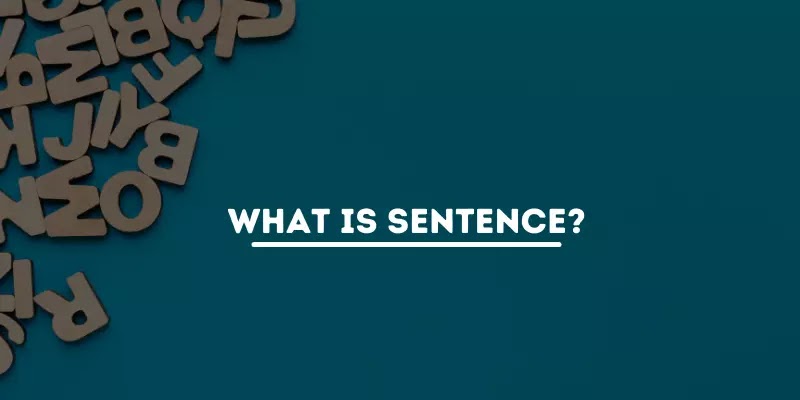 What Is Sentence? - When you speak or write anything we use a word or a number of words. The word or the words together make a sentence. A sentence always gives a complete meaning and a sentence may have one word or more than two words.

Look at the following:

Look at the following:

None of these there groups of words gives a complete meaning because in each the words have not been arranged in the proper order. as such they are not sentences.

A sentence is a word or a group of words arranged in a particular order. The orderly arrangement of words gives meaning to the sentences.

These examples show that in Odia, we can arrange the words in a sentence any way we like and yet express a complete meaning. But the word order in the English sentence is rigid and unchangeable. When there is any disturbance in this Word order in the sentence becomes meaningless or gives a different meaning.

A sentence is a group of properly arranged words. We cannot change the wood order in an English sentence and yet express the same meaning.

Look at the following sentences:

B. Also see that the first two sentences are positive or affirmative statements. They are called Affirmative, Assertive, or Declarative sentences.

The third and fourth sentences in the list above are negative statements. They are known as Negative sentences because they deny something.

The fifth and sixth sentences ask questions or ask for some information. They are called Question sentences or Interrogative sentences. They end with a question mark (?).

Now we can say that a sentence is a group of words, usually with a subject and a predicate, which expresses a statement, question, request/command, or a sudden feeling and which has a complete sense.

Each of the sentences above is made up of two words.

The first word is known as the subject because something is said about it. It is a noun. A noun, a noun group, or its substitute(pronoun) is always the subject in a sentence.

The second word in each sentence above is known as the predicate because it is what is said about the subject. It is a verb.

Now, read the following sentences which are enlargements of the sentences written above.

We can write the Sentence of both groups in the table as shown below:


Each sentence of both groups appears in two columns, the subject column, and the predicate column.

In the predicate column in Table 2, all words written in italics are verbs and other words in this column are modifiers of the verbs. One can also see that both the subject and predicate in Table 2 are word groups, not single words.

In the subject column, each word- group has a noun that is written in italics. This noun is the headword of the group. So the group is called a noun-group, or a noun phrase.

In the same way, one can see that in the predicate column in Table 2 each word group has a verb which is written in italics. This verb is the head-word of the group. So the word-group is called a verb-group or a verb phrase.

1. The subject and the predicate are the two main parts aa) of a sentence.

3. If the predicate in a sentence is a word group, it must have a verb which is the head-word of the predicate group. This headword comes at the beginning of the group (see Table 2)