Ancient Egypt Civilization: Ancient Egypt is made up of 1,260 km of unbroken valleys and a 160-kilometer-wide expanse of the mouth of the Nile river. 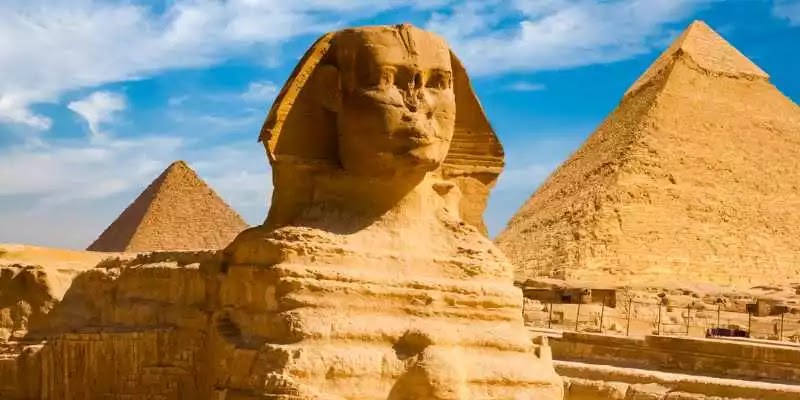 When nomadic humans become permanent residents and rely entirely on agriculture, at the time, he was looking for a place where he could get more crops and building materials in less effort. Agriculture requires a lot of water and fertile soil. Fertile soil, abundant water, suitable climate, and homegrown materials were found only in river valleys.

That is why in ancient times only the river valleys were inhabited by innumerable settlements of permanent residents. Among them are the Nile River in Egypt, the Tigris and Euphrates rivers in Mesopotamia, the Hohaho River in China, and the Yangtze River Valley.

The territory of ancient Egypt, inhabited by the Nile River on the African continent, has forever pervaded the pages of history as the seat of a glorious civilization. Each of its contributions is a monument to the past history of the world.

Ancient Egypt is made up of 1,260 km of unbroken valleys and a 160-kilometer-wide expanse of the mouth of the Nile river. Adjacent to the river valley is small and large hills to the east and west, and uninterrupted remote deserts.

The natural environment has kept the Nile River Valley isolated from the outside world for centuries. As a result, the Egyptians remained safe from any outside enemy. It is for this reason that the history of Egypt has been uninterrupted throughout the centuries.

Egypt's society, political life, economy, and culture are enriched by the contribution of the Nile River. Herodotus, the father of history, described Egypt as a "gift of the Nile."

The Egyptians united in the gradual development of time and formed two kingdoms called Lower Egypt and Upper Egypt. But in 3800 BC, King Menes of Egypt had merged the two Egypt. From this time on, Egypt was ruled by a king. The rulers of Egypt are called Mara.

Thirty-one dynasties are said to have ruled Egypt in the first phase. The kingdoms of those dynasties were also divided into three stages: the old kingdom, the mid kingdom, and the new empire. Jose and Khufu were among the rulers of the old state. In the days of Khufu, Egypt's "largest pyramid was built in Giza." Among the rulers of the central state were the first Amenhotep and the third Amenhotep.

Egyptian society was largely balanced. Pharaoh was at the top of society. The word "Pharaoh" means a resident of a luxury palace. The people had a lot of respect and fear for Pharaoh. After them was the priestly community. Through their worship, they gained a foothold in society. After them, businessmen and artisans had a place in Egyptian society.

Farmers and slaves were at the lowest levels of society. The mainstay of the Egyptian economy was agriculture. They used to irrigate to produce more grain. They also enriched Egypt by trading with various countries. Overall, Egypt's economy was relatively stable.

The contribution of the Egyptians to human civilization is remarkable. The writing system of this civilization, literature, art architecture, science, theology, etc., amazed the world.

Although the Egyptians were not familiar with the alphabet, they were able to express their feelings through the images of various objects. Their scripts are called picture scripts. This scripture is also called the scripture because it was drawn by priests. And it is also called "Hieroglyph".

The Egyptians invented a cursive form of hieroglyphs known as hieratic, which was used primarily for writing with reed brushes, and later reed pens, on papyri and ostraca (fragments of pottery or stone used as writing surfaces). This system of writing was used alongside hieroglyphs for most of Egyptian history.

The Egyptians excelled in the field of literature. They wrote a number of books on astrology, metallurgy, textiles, metal pottery, and cooking. In addition, they have created invaluable literature such as travel stories, sailing trips, thriller short stories, and religious writings.

Among the prose literature were "TThe Story of Sinuhe", "The Story of the Two Brothers," "The Story of the Bagni Farmer," among others. Among the religious books, the Sun Praise Book, written by Emperor Akhenaten, is one of the most important literary works in ancient Egyptian history.

They were eminent astrologers of the time. They could observe the movements of the sun, moon, planets, stars, etc. by looking at the cloud-free sky and predicting lunar eclipses, solar eclipses, the river, the time of sowing, and so on.

They made a yearly list. They divided it into 12 months or 360 days a year. It was further divided into 30 days each month and 24 hours each day. For the last five days of the year, they spent time at parties. Emperor Julius Caesar introduced the register to the Roman Empire.