The Theory of Demographic Transition 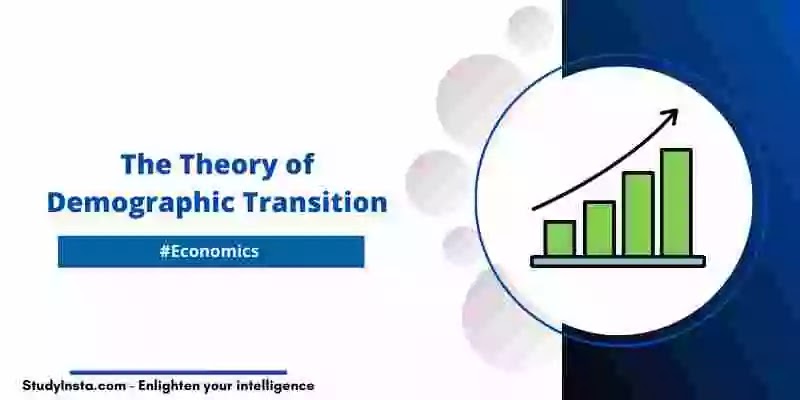 The theory demographic transition is a theory that throws light on changes in birth rate and death rate and consequently on the growth rate of population.

STAGE-1: In STAGE-1 birth rate was high and the death rate also High .this STAGE  has been called the stage of zero population growth. people mostly live in rural areas. Agriculture was the main occupation of the people. agriculture was backward, level of income was low. this factor positively affects the increase in the birth rate was low due to lack of adequate medical facilities, doctors, and medicines.

Stage-4: The fourth stage is called the stationary population. the birth and death rates are both at a low level. they are again near balance .there is little growth in population in this stage. 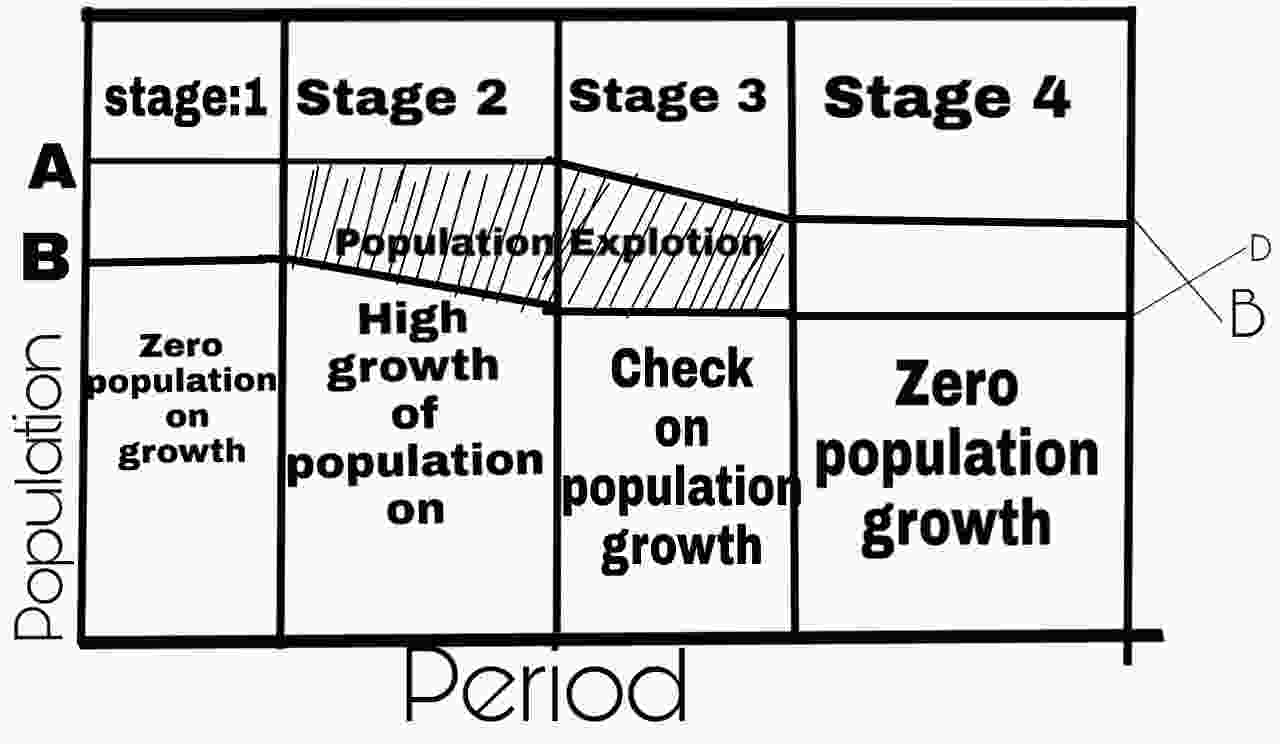