List of Indian Cities on Banks of Rivers [PDF]

List of Cities on Banks of Rivers: Rivers have been very important to people since ages. River in general contains many different values to different people. Rivers also signifies human health, since freshwater from rivers is essential to our communities and ourselves. They provide good shipping routes and transportation of both goods and passengers. Products can be shipped up and down rivers, instead of blocking roadways with trucks. The land near rivers is very fertile to grow crops. Many big cities prosper along the banks of the river as it serves the needs of people in the form of providing clean drinking water, water for irrigation, for industries. It also provides Inland waterways for transportation purposes.

Hindus have always trusted that the water of the Ganges River has purifying powers. Hundreds of factories operated mills are powered by rivers. The Ganges holds up to 25 times more dissolved oxygen than any other river in the world. The oxygen helps prevent the rotting of organic matter in the river. After studying important and interesting facts about rivers it becomes necessary to increase over knowledge about the cities lies beside rivers. So the following list contains the list of Indian cities on rivers. 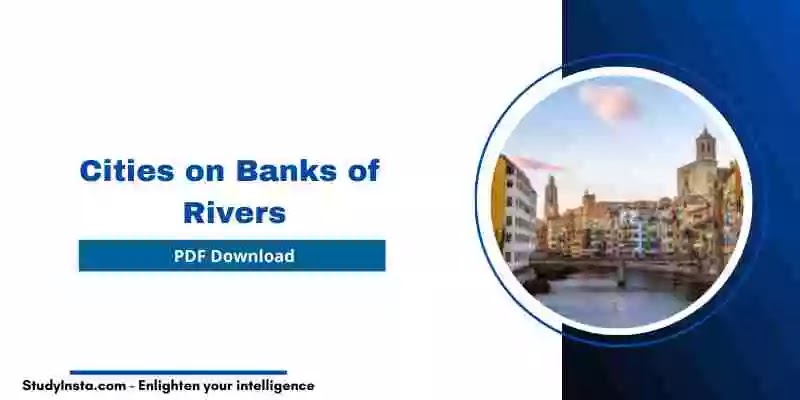