Economics: What is the Meaning and Definition of Economics?

Meaning and Definition - Economics is a social science. The goal of social science is to study the multiplicity of human activities in society 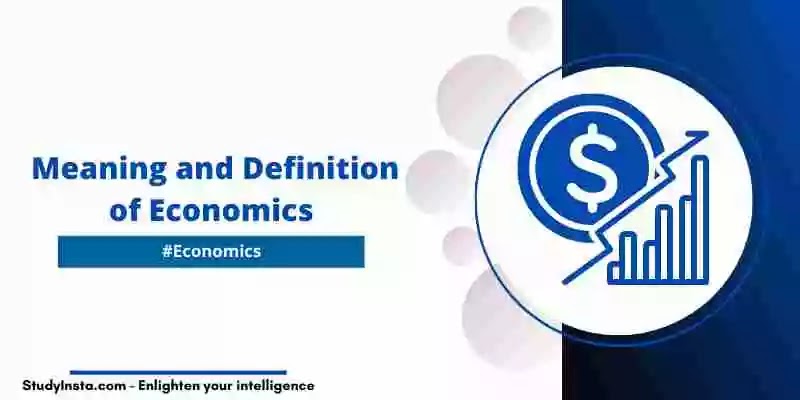 Meaning of Economics: The word "economics" derived from the Greek word "oikos", meaning "house" and "nemien". This means the art or technique of managing a home with the resources provided. In other words, economics is the art of managing a family's financial problems and limited resources to solve them. So it is very important to define the economy to know what is and what is not. But there has been no consensus among economists on the definition of economy.

The fact that there are so many definitions proves it. That’s why Ms. Barbara Utt said at the time that six economists come together, seven opinions are expressed. According to Professor Jacob Vainer, "Economics is what economists do." Nevertheless, we have analyzed a number of well-known and representative definitions here.

From the earliest days of creation, man has always strived for the emergence and solution of economic problems. But it was born in 1776 as a different subject to the study of economics. Adam Smith, a British economist, published his famous book, A Study of the Nature and Causes of the Wealth of Nations, and published it that year. There was a lot of economic discussion before Adam Smith. But after Smith's arrival, we took the stage to discuss the economy.