Marriage is the foundation of civil society and an institution which admits men and women to family life. It is defined as a physical, legal 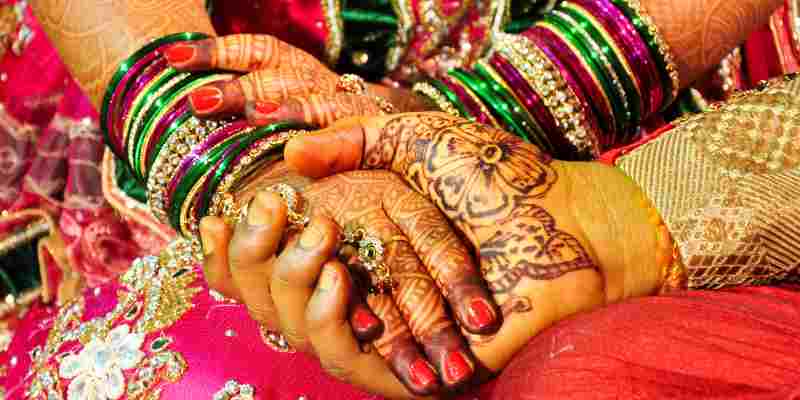 Marriage is the foundation of civil society and an institution that admits men and women to family life. It is defined as a physical, legal, and moral union between man and woman in the community of life for the establishment of a family. According to Monch, A man or woman who is not married is not complete or perfect in his or her personality.

Dharma – It plays a great role in every Hindu marriage. The Hindu way of culture has been influenced by Dharma. K.M. Kapadia says that marriage was desired not so much for sex or progeny as for obtaining a partner for the fulfillment of one's religious duty. Because of the necessity of the wife for performing the religious rite, she is designated as"Dharma Patni".

Praja – Praja is considered the second major aim of Hindu marriage. The sastras enjoin man to marry for purpose of procreating a son necessary for the salvation of his soul. It is believed that a Hindu must marry in order to beget a male child who will rescue his father from falling into the ditch of hell called "Put Narka".Therefore son is referred to as Putra.

Rati – Rati or satisfaction of sexual desire is given the least importance in Hindu marriage.

Daiva – It is slightly different from Brahma's marriage. In the sense, the suitor is an official priest, special qualities like good character, scholarship in Vedas, or good family background of the bridegroom were not emphasized in selection. The rite which sages called daiva is the gift of a daughter whom her father has given when the sacrifice is already beginning to the official act of the priest in religion. This is only for Brahmins.

Arsha – When the father gives his daughter away after having received from the bridegroom one or two pairs of kine, that marriage is called Arsha. This form of marriage is also peculiar to Brahmins.

Asura – In this form of marriage, the bride was given to the husband in payment of consideration called "Sulka" or brideprice. When the bridegroom, having given as much wealth as he can afford to the father and to the damsel herself, takes her voluntarily as his bride. This refers to as Asura marriage.

Gandharva – It is this form of marriage in which there is a union of a man and a woman by mutual consent. These types of marriages are found in epics and Puranas, "Swayamvara".

Rakshasa – This can be described as marriage by capture, resembling the right of a Victor to the person of the captive in war. The maiden is forced from her house to marry the bride after her kinsmen or friends have been defeated or wounded or killed in battle.

Paishacha – It is the last and worst form of marriage among Hindus. When the lover secretly embraces the damsel, either giving her strong liquor or disordered her intellect, that sinful marriage is paishacha marriage. This form of marriage was most abominable, originating from a sort of rape committed by man upon a damsel either when asleep or when drunk by drugs.

Polygamy - This type of marriage allows a man to marry more than one wife at a time.