Here is the list of some famous temples of Odisha, Odisha is also known as the 'Land of Temples'. There are more than 700 temples in Odisha. 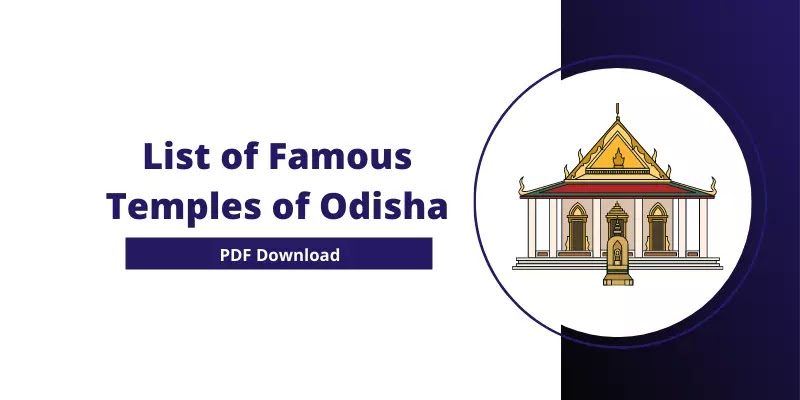 Famous Temples of Odisha: Odisha is the 9th largest state in India, known for its tribal cultures and many ancient Hindu temples, and Odisha is also known as the 'Land of Temples'. Long ago Odisha was a part of Bihar. It got recognition as a new state on 1 April 1936 During the British period. Till 1948, Cuttack served as the capital of Odisha. After that, the temple city Bhubaneswar became the capital of Odisha. There are more than 700 temples in Odisha. In this article today we are going to share the list of some famous temples of Odisha and their location which are mainly important for the students who are preparing for competitive examinations.

Dear students of Odisha, Odisha govt is conducting many state-level exams just like Odisha Police, SI, CTET, BED, etc. In these exams, Odisha GK is going to take the main priority. So we are going to give you proper knowledge about it.

There is a lot of temple in Odisha. Odisha is famous for its historic temple. Especially its capital Bhubaneswar is known as the city of temple. Let's take a look at some important temples of Odisha.